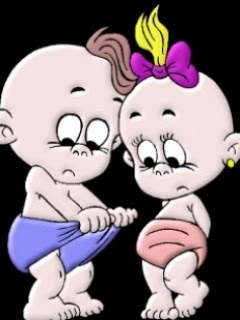 I've always wondered about fidelity in marriage and what the whole hoopla was about. I've been given to understand that fidelity is not something you take for granted when you are married. I've been told by a number of married people that "one does not eat rice continuously.. one needs variety". I found this extremely disturbing, and as one who has not entered the 'holy' institution of marriage, fidelity or lack of it therein is something that gives me a whole lot of concern.
By variety, my married friends mean, they would want to 'be with' other people other than their spouses. Like a guy is married for 2 years, he wants to share his "manly manliness" with other women. Or a woman finds that she is drawn to another hot bod.. like a moth to a flame!
A married man i met recently just told me ..in his attempts to allay my consternation at the idea of a man trying to get 'fresh' with another woman... that as long as a man was doing all he was supposed to do to and for his wife at home, then a woman should not concern herself with where her husband is or what he is doing or what he is upto! Hence, as long as he provided for his wife, was there for her, took her on holiday every now and then and offcourse regularly had sex with her, then she had no cause to concern herself with whether or not he was flirting with some other woman or not. I found this rather disturbing and i must say that hearing those words has given birth to this post.
I'm not married and I have never been married, so I am worried. I am a strong arbiter of one man, one wife. I strongly believe that no one forced you to marry and as such you must respect the sanctity of the institution. However, it is sad that many people do not share this notion with me. I would not be content with having a man who thinks that because he provides for me and bestows me with his name and his sperm he has license to cheat on me.
I've been told by many people that what i term "cheating" is not actually cheating. My definition of cheating..you have a problem and the first person you think of sharing the problem with is not your spouse.. you are cheating. Your heart races when you are talking to this person who is not your significant other... you are cheating, you spend an inordinately long amount of time talking to this person, who IS not you significant other and you keep the material disclosure of this long convo's from your spouse???? YOU ARE A CHEAT! You are kissing, smooching,petting or sleeping with someone other than your spouse? well... you are dongone lost!
There is no justification for cheating and I shudder at the thought of my man cheating on me.. I mean my husband...not just a random boyfriend or the other.. after all I have not taken the vow!

Maybe I'm just myopic and I've not seen anything in this life, but I know I'm not built that way. I bruise easily, as Natasha Bedingfield would say, and I dont know how I'd handle a hurt of such magnitude. A friend told me that with an attitucde like mine, the man would cheat and hide it from me; to that i responded."ignorance is bliss".The guy told me that "everyman cheats.. so deal with it" I was terribly broken that day, it made me think about the whole thing over and over and over again.Seriously, I dont wanna know if my husband is cheating on me. I would not cheat on my husband, and that was how I slept that night

I woke up the following morning wondering how women over the years have survived it, because I know women who have reached the point in their marriages where they say " as long as he does not bring diseases home... he's the one that knows".
Maybe we are not meant to get married, maybe culture and society imposes marriage on us and in our bid to avoid the restraints and confines of marriage we show that we can break the straits and then we go out and have sex with other people.Maybe
Trust is something that is woven deep into the fabric of the marriage institution, when a spouse cheats, something cracks in that fabric and it's very hard to piece it together.
I need some form of reassurance that there are still men out there, who will be faithful yes "FAITHFUL".
Fidelity in marriage should not be overrated. It should be the norm!
Posted by Eknoreda at 8:05 PM