Short Story Time!!! This one is Called 'Four Months' 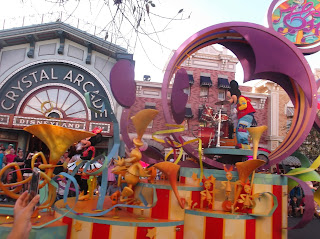 It is said that there is a rush of air that fills your head when you’re told you have only so long to live.
The reaction is slightly varied depending on how long you’ve been given. A year; and you’re thinking…bucket list -travel plans and wild adventures; depending on how much exertion your now failing shell will let you. 6 months, you’re thinking of calling lawyers and making peace with people you’ve crossed along the road.
The reel of film that plays your life comes in different hues, depending on how well you’ve lived. This reel unfurled before Wale Cole now.

For 64 years, he had lived like his father before him, and his father before him.
Fierce.  Ruthless. Calculating. Wale’s father had told him that the first Wale Cole had been the true embodiment of all three. And although he didn’t live longer than 46, his son had watched him crush any sign of weakness with a swiftness that was cold, yet admirable.  It was a shame that he died from lung cancer. Wale Cole II smoked his last pipe at his father’s internment.  He walked away from the graveside, promising himself that he’d raise his son to be a man even greater than his father.
He stayed true to his promise; and 2 decades later, Wale Cole III had grown the Cole brand in exponential proportions- operating out of Japan with services across Asia, Africa and the Middle East. The pride of the memory of his ancestors stayed with him, along with memories of the day he met Shalewa.

It was a narrow hallway at the Ikeja High Court. She blew a ring of smoke in his face, her eyes daring him to revolt. With one hand holding up her hand bag, she said, “Are you one of the good guys… Or one of the bad ones?”

It was the smirk and the complete lack of reverence that jarred him. Her plain face did nothing for him. Eyes trailing slowly down, he wondered if she knew that the colour grey was meant for her. The dress clung to every part of her body that all he could think of was fucking her into submission - make her whimper till she never had to ask who he was.
“No. I’m the really bad one. I have to be at court; but nobody says I have to be in there staring at the whimpering faces of losers in there.”

They were married the following year. 32 years of marriage had done very little damage to that body. He watched her approach him gracefully. Her smile, priceless.
“How long?”
“4 months”
He pulled the lounge chair closer, pushing the deck table between them.
“Did you bring it?”
“Yes. The Macallan 1939 and my personal favourite brand of Cubans”
She poured out their glasses, and lit the cigar.
“Here’s to my first drink”
With a deep throaty laughter, she replied,  “And your first smoke! It’s time to live”.