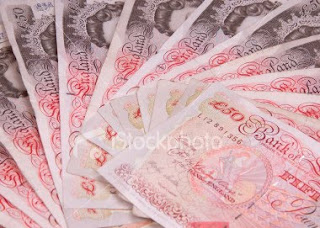 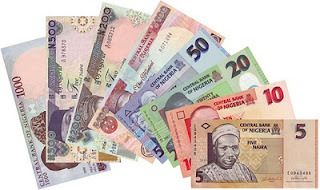 Once again, I'm here to try and write my way out of this messy place that is my mind. I think I have a lot of spare time and thus, my mind goes into an overdrive. For instance, I've taken to fantasizing about a veryyy hot and intellectually stimulating young man that i recently met.. as in trust me guys.. the guy is verry HAWT!!! **sigh** there i go digressing again!

Money they say, makes the world go round.The lack or paucity of it however, makes people sad.. well me sha... makes ME sad! When I'm broke i'm like really sad. You'd think something was wrong with me! I find it hard to see the other beautiful things of the world like oh the lovely sky or the beauty of the rainbow or gee how bright the moon is in the sky tonight... nahh not me! When I'm broke I'm sad!
I'd like to be wealthy, (you and me both i can hear you say) but then... what do you do to actually make money?

A friend of mine recently left her lucrative law practice for the 'esteemed' Bench. Unfortunately, the magistrates have been on strike for over three months now and my friend has not been paid. She has slowly been eating into her savings and she's getting to the end of her rope! She sent me a text on monday expressing how miserable she was and what she should do..I was sad, cos I had no way of helping.. What do you say to someone who wants to work but her workforce mates are on strike, thus she doesn't get paid. I could not tell her to get another job 'cos, hey the jobs are not strewn out there on the streets waiting for who'd pick them up now are they? I've been thinking on how to help my friend and then guess what I read online? Tiger Woods's ex wife get's awarded $500m in the suit against her ex husband!!!!!

I thought, gee, all we need now is for my friend 'D' to go and marry one wealthy athlete nau....(lol.. forgive my spelling... it's inspired by Twitter)

It's easy to get disgusted at the cheating and promiscuos ways of Tiger ( I'm assuming y'all know what he did right? or was caught doing!!!)But hey... Elin or Erin .. (what's her name??)is making a killing off this fiasco don't you guys think? I mean, I lose a man, (**cough cough** the love of my life) and all of a sudden I feel the insane need to milk him dry? I don't see her crying over the loss of a marriageor a partner.,. I see her smiling to the bank with a whole lot of Paper!!!!!! The lawyers are going to be sooo frigging happy right now, I mean some lawyers in this matter are going to be planning their holidays in grandstyle right now! imagine the percentages..whoa!

Anyway, I'm losing focus... It's all about the money isn't it?

So how do we make money, our parents teach us that it's more honourable to make money through hardwork, diligence and prayer.. but I look around me and I see so much wealth I keep stopping to ask.. 'ahn ahn.. 25 year old, duplex in lekki.. how come?' then i get nudged and told ' his dad is blah blah, so and so..' I'm begining to think my parents were not so truthful to me.. 'cos I see alot of wealth around me and I see soooo much poverty around me as well! and these people that are poor are hardworking oh... they are dilligent in their hardwork and trust me that have faith that can move mountains!! ** sigh** so what is going on?

I really need money, I work hard ( or so i think) , I have a thirst for the finer things of life that just wont go away.. a new car, jewelry that can blind you, a lovely home, and all the glitterati that comes with money na!!

I want I want I want... but in the mean time, since I don't have it. I can go back to fantasizing about HAWT intelligient boy.. NO?

The good book also says that the Love of money is the root of money.. ( err... *glancing around to see if no one's watching** but i want me some tho')
Posted by Eknoreda at 12:12 PM 1 comment: