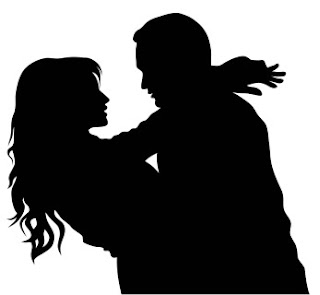 Who am I? That has got to be one of the most difficult questions to answer. One wonders whether one should answer with one's name, one's profession, one's status in life...

It is basically supposed to be the complete embodiment of who one is.

I attempted to answer the question as part of a blog series that my friend hooked me up with. This piece was originally published on Opinion's Utopia. I hope you enjoy reading it.

Deep, rich and cultural. The heritage passed on to me from my parents will not be left to waste. With my knees darkened from constantly scraping the ground in humility and obeisance, I proudly bear carry my history within my soul. A wellspring from the fountain of Oduduwa, my culture teaches me to embrace hard work. The ability to know right from wrong, the vision to see that which is true and real.

Fiercely protective and emotional, I am energy and life. I have an unending desire to do more, to be more. I strive for a better tomorrow. Constantly seeking to push the boundaries, I glow with the passion of my cause.

Faithful and diligent, I stick closer than a brother. I’ll hug you close and never let go. Allowing the warmth of my heart radiate through my smile, I’m here to catch you when you fall. Crying with you when you are sad, wiping your brow when you’re ill and slapping sense into you when you need it.

My height or lack of it is my shield and my sword. I am constantly reminded that life is about choices. I choose to wear my height with pride. Not standing higher than my 5ft frame my spirit soars far above skyscrapers.

One with music. It flows through me and reminds me of a better place. Restoring my faith in humanity, the sound flows through my veins. I allow the harmony and the rhythm of sound soothe me. The soft thud of the drums, the delightful chords from the violins forming the beautiful essence of my soul.

Striving to be everything Christ asks, loving every one as He loved us. Constantly reminded of my imperfection, I look up to the author and finisher of my faith. To the One who keeps me from falling, He keeps me grounded safe within his love. He is with me, and I am with him.

Whimsical and delightful, I understand that life is fleeting. So when my journey ends and I am no more, I want to be remembered with a smile. One as bright as the one I constantly wear. I want to be celebrated for being a happy person. I want memories of me to only be good ones because like air, my time here should have counted for something.

Nurtured for cherish and care from the homestead of warriors deep in the heart of Ogbomosho.
Posted by Eknoreda at 1:04 PM 1 comment:

Someone did this ad for me last year. I never got it out there.
In retrospect now the pictures look rather somehow as I have better pictures now but.... :D It was great!

Shout out to Shaf for doing this.

On Thursday the 7th of February 2013, my friend passed away. I wrote something for him on my column Atoke's Monday Morning Banter on BellaNaija. It was published on the 11th of February.
***

How do you write a banter piece when your heart is in shreds? How do you dig deep into yourself and write a funny, light-hearted piece on a Monday morning when you’ve been walking in a cloud of hurt, confusion and grief for the past 4 days?


I had just finished writing the BN Hot Topic on Thursday morning when I received a text message that my friend had passed on.  Shock? Is that what I felt? I don’t know. I can’t completely describe what I felt in that moment.  He’d been ill you see, with what the doctors had said was terminal but no amount of fore-knowledge prepares you for that which hits you. So I said to myself “he’s gone to a place where there’s no more pain, no more visits to the A&E, no more drugs. He’s gone to a place of peace”


But you see, as much as I said this to myself, my tears didn’t stop flowing.


“I’m fine oh! He’s in a better place” Like a robot, I’ve been responding, partly to get people to stop asking and partly because I know it’s true.


“Focus on the happy memories. Don’t think about him in past tense. Write. If it’ll make you feel better, write”


So, I’m doing  just that.  My friend, Muyiwa, always  made me laugh. When I was in Law School, we would talk for hours on the phone about anything and everything. We shared a love for Lagbaja’s music  and we’d argue for hours; him constantly bashing  Nigeria as a failed state and me trying feebly to defend it. He would doggedly defend his religious belief and constantly call me a baby Christian, content on feeding on just milk. I’d call him “Paitor” and he’d call me “Omo’jo”. He called me razz, I said he was a fake guy!


I love Muyiwa with all of my heart. I haven’t come to terms with the use of past tense.  I’m not sure I ever will because he’d forever be the personification of love, devotion and strength.  As he battled the illness, we’d chat endlessly. There was NOT one time when he gave up the fight and boy did he FIGHT. When a man in his 30s is diagnosed with a terminal illness, he goes through different stages of acceptance and not once did Muyiwa throw in the towel. He’d tell me when he was delirious with pain and when he was strong enough to ogle the nurses. He’d share his fears and his pains but not once did he lose sight of positivity.


As I got on the train to see him in over the holidays, I was afraid that I’d see a weak and frail person so I braced myself for it. I was determined to be strong for him and be as cheery as possible. When I got to the door of the house, I nearly reeled back in shock.  He had become darker and looked years beyond his age.


“Lord, how will I NOT start bawling?”


I spent almost 9 hours there and not once did I cry. I spent the day laughing and joking with my friend. He ate, slept, watched TV and it was a great day.


“I love you very much, you know?” He said to me in a voice that was barely audible as he fought the morphine-induced sleep.


You see, love is such a powerful drug:  that pure, true and un-adultered love; the kind that makes you give your all without question.  It is one emotion that I am thankful that I have experienced. It is one thing that I always pray that more people will share because it truly makes the world a better place. It is one emotion which needs to be constantly expressed AND shown in order for it to be effective.


So as you celebrate Valentine ’s day this week, and as you go out to buy those gifts for that special somebody, remember that love is a lifetime feeling. It’s not limited to that one day but something that must constantly be expressed and shown. Love should be true and real because you really don’t know how much time you have left.


It doesn’t matter if you’ve been hurt before, it is an emotion that is so powerful that with it, we really can change the world.


Tell someone you love them today, show them how much you care and believe it.