Did Bola Agbaje's 'Gone Too Far' Go Too Far into Field of Absurdity? 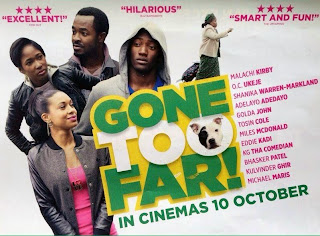 The Pan African Film Festival is currently in Los Angeles so my cousins and I decided... oh let's see some films. Right? Okay, so I wanted to see Gone Too Far, because it had O.C Ukeje in it. I'd seen read the synopsis and reckoned it might be cool to see what it would end up being. So, this is my review of Bola Agbaje's Gone Too Far, directed by Destiny Ekaragha. The film was originally written as a stage play in 2007, and was made into a feature film in 2014. A young Nigerian guy, Ikudaisi (played by O.C Ukeje) joins his mother (played by Golda John Abiola ) and younger brother (played by Malachi Kirby) in London after many years of separation. The film sought to tell the story of Ikudaisi's integration into the society his family lived in, with particular emphasis on how his arrival affected his brother's social life... or lack of it.

So, overall, the movie was okay. Honestly, it was. But I had a lot of issues with the film. But before I go into that, let's talk about the name of O.C Ukeje's character. The Hell is Ikudaisi?????? Reallly??? Of ALLLLLL the names to give to your character? Iku - death. Daisi - Establishes this one. So the name basically means Death Establishes This One. No, I'm not being pedantic, that name is soooo 1953 Yoruba Land! They did NOT TRY with that name. Haba!

Okay, I just thought to get that minor peeve out of the way. Secondly, I don't get why the entire story line of the film was made to last the whole day! Okay, so here's what happened. Ikudaisi landed from Nigeria... in slippers and some 'hip hop hurray' neck chains and baggy pants (troziz... if you don't like AmericanSpeak). After the initial greeting and unnecessary elongation of scenes, the Mother asks Yemi to go to the shops to pick up some Okro for food for Ikudaisi's meal. From the beginning of the film to the very end... it was this Okro these boys went to buy oh! The street chases, the ridiculousness of running into girls, the unnecessary social commentary, the fight scenes...EVERYTHING was in the cause of this Okro buying. Just how far away was this shop where the Okro was supposed to be purchased? For someone who had arrived on a 6 hour trip from Nigeria, who was supposedly meant to be fed and allowed to rest, Ikudaisi was quite spritely.

There were also some absurdities in the movie which made one ask "Really now? Really?" For instance, when the Uncle brought Ikudaisi from the airport, instead of taking him home, he left him in the car and went into the shops for a cigarette? The dramatic exit of Ikudaisi from the car when his mother arrived was very lacklustre. How come Ikudaisi and Yemi were so unfamiliar with each other? Did they never speak on the phone? Was Ikudaisi living under a rock? It's one thing not to know your brother's fashion sense, it's another thing to NOT know anything about him. There was NO explanation as to why the brothers didn't know each other. Please living on two continents is not an excuse.

Also, I the general idea of trying to show cultural diversity, but the scenes with those two girls were very tiresome. We got the picture; Armani (Shanika Warren-Markland) is a confused girl who wanted to get her boyfriend jealous but her existence  did very little to move the plot forward. I get wanting to sprinkle romance and jealousy into a story, but there's a point when too much of something just leaves the audience tired. While I quite liked Paris (Adelayo Adedayo), the attempt to show her as the girl who was pining for Yemi, while he chased after Armani, fell flat. There was nothing in her body language or dialogue to show that. I must mention that the scene where Armani and Yemi confronted themselves in the park with people watching was just... "God when is this movie going to end?" In all, the film was okay. I'm not even going to compare it to a Nollywood, since I don't even think Nollywood flicks are made for you to even engage your brain.

I liked the mother in this film. Golda John was funny and natural. There were times where there was zero chemistry between her and the sons but hey... compared to the other actors... she was okay. O.C Ukeje's Yoruba was quite wonky... but that's okay. He's an Igbo guy speaking Yoruba... we forgive him. In conclusion, this might have been best left as a stage play. Stretching it into a full feature film was going too far!
Posted by Eknoreda at 11:22 PM No comments:

Snag that man... Get Pregnant! 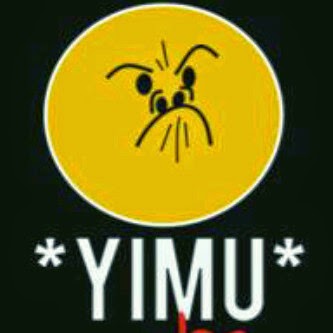 “Have you considered having a baby together? It will help you find out how vested your partner is, in the relationship”
If you’ve been in a protracted ‘serious relationship’, chances are that one concerned friend/relative would have said these words to you. It’s one of those 'nuggets of wisdom' you receive, in pursuit of the ever elusive words of commitment from Le Boo.
Women, in a constant race against the biological clock, are the most susceptible to the anxiety that comes from just hanging. So, when things appear stalled, they begin to consider options for expediting their goals – marriage and children.
In light of this, the idea of introducing a child to the mix becomes like a compelling force for commitment. Rightly or wrongly, this is widely practiced by Nigerians. Based on certain cultural expectations, a lot of people feel obliged to do right by the person they’re having a child with – so men have been known to consider marriage once a pregnancy comes in the mix.
I know a guy who is constantly lamenting about how unhappy he is in his marriage. One day, I got tired of hearing the whining, and asked him if he was forced to marry this woman. The way I saw it, unless he was dragged by the noose to the altar, he had no business moaning this much.
“She got pregnant na! So I had to marry her.”
Oh God! He made it sound like such a burden. His words provided a bit of clarity into why he always seemed so miserable. Upon further talk, he revealed that the pregnancy for which he got married was lost in a miscarriage, and as such he was ‘stuck’ in the situation. Whilst I had very little sympathy for him – I’m not really a fan of the victim mentality – it did make me wonder about the different ways his story could have turned out.
It is my belief that when two consenting adults are having unprotected sex, they’re in a form of committed relationship, and they are ready for any of the consequences – STDs and babies. Neither party should be allowed to wallow in self-pity if any of the by products of their actions come to play.
Now, because mistakes happen, and nothing is ever 100% certain, what do you do when you’re not ready to have babies – psychologically, emotionally and financially – and a pregnancy comes into the mix?
In the past, it was believed that the honour of a woman was not to be besmirched, and as such a man was under an obligation to marry the woman – societal expectations enforced the binding of two willing or unwilling parties. Parents, largely out of shame, would tether their children together. This was based on the premise that if you’re having enough sex to allow yourself get pregnant, then you should be ready to live the rest of your life with that person.
However, we know that marriage is a life long commitment. Is it enough to make a decision of a lifetime based on the fact that you’re having a child together? The child will grow up and leave the nest. A paternity test could reveal that the child isn’t yours. Also, like my friend, you could lose the pregnancy? Or the child may die; then you’re stuck with someone you were just okay with shagging.
It can be argued that the flip side of this is, falling hopelessly in love with the person during the process of waiting for the child to be born. This happens a lot in novels and movies. From what Mills & Boons writers would have us believe, two Friends with Benefits will suddenly realize they can’t live without each other while choosing strollers and picking out baby cots. In this case, the marriage would be a beautiful love story – “Your Mummy wasn’t sure she wanted to spend the rest of her life with me. Then you came along and one day while we were deciding what colour to paint your room, she knew she couldn’t spend another day without me” *cue fairy tale music in the background*

In real life, depending on the state of the relationship before the added element of a child, a couple may discover things about themselves, which might help strengthen the bond. All is well that ends well, right?
Another angle to consider on the subject is the idea of using the pregnancy as a form of entrapment. In this case, it isn’t really a mistake; instead, it’s a calculated attempt on the part of the woman to bring a child into the relationship. Some people believe that they can tip the scales of indecision by tweaking the parameters of the relationship. Like any calculated business decision, it is a risk. The man might decide that it is immoral, or unethical to have his child unclaimed/unacknowledged; in this vein, he might decide to marry the mother of the child in order to bestow legitimacy on the child. In that case, the woman is getting the title, the husband and all the trappings that come with being ‘settled’. It becomes immaterial that the man was manipulated into the arrangement. He will be very alright!
The deception is not an exclusive right of female folk. Stories abound of how some men swap their partners’ birth control pills with placebo tablets. This is done on the basis that if chic gets pregnant, she won’t go anywhere.
In some cultures, the man doesn’t even have to make an overt proposal of marriage –once it is proven that the pregnancy/child is his, the woman automatically absorbed as the wife. There’s a Yoruba adage that is loosely translated to mean ‘A woman who has had a baby for one ceases to become a concubine – said woman is a wife’
If, however, the entrapment plan is unsuccessful, the woman is stuck with a child for the rest of her life – and a reminder that she took a risk on a project that never took off.
The Pregnancy Ambush is not a new concept; is a culturally cultivated and encouraged – forget what you read on the Internet about your body being the Temple of the Most High. That advice becomes a tiny whisper when you get to the other side of your 30s. And until we’re ready to stop making people feel like they have a deficiency if they’re not married, then, the Pregnancy Ambush is here to stay. We can only continue to encourage people to have protected sex – for their sakes, and for the sake of the child who didn’t ask to be used as a pawn in the Commitment War.
Posted by Eknoreda at 1:40 AM No comments: