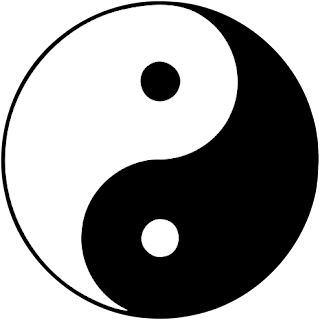 It would appear that there's a recurrent theme in my work which is sadness and all.. as I've been told by my friends. I really write alot of sad stuff, even i didn't realise it was that bad. I try not to publish the reallly sad stuff here, I don't want you guys thinking I have issues... well i do but heck who doesn't

Anyway... I tried to infuse the CHEESE factor in this one. I tried not to barf as I wrote this and it was hard. Lol


YIN 2008
I remember very vividly the first time I met her. It was the last working day in April and the banking hall was full. Pensioners were milling around, grumbling because the young boys who had come to collect money via Western Union were seemingly unruly and refusing to remain orderly. Salary earners in stuffy jackets, unable to withstand the heat from the ineffective air conditioning, young ladies with flowing hair punching away at their blackberries, all trying to get in and get out. The tellers seemed unable to keep up with the ardours task of keeping up with the throngs of people that kept coming into the bank. As the revolving doors opened, letting in another set of tired looking, sweaty people I sighed and went back to reading the copy of The Economist that I had brought in. It was looking like a long afternoon but I wasn’t going to go back to the office till I had gotten the mix up with my travel insurance and forex deposits sorted out. I remember the only reason I had walked towards the door was because I felt the tell tale pinch in my thigh from the accident, and I guessed I’d been sitting down for way too long. It was the worst time of the month to have gone to the bank but I was tired of sending incompetent people to get it done and I had to be in Helsinki the following week. I’d just walked past the doors when I felt the hot draft of air from outside, and then she walked in. She was talking on the phone so I had a little time to stare without being noticed. She was tall approximately 5ft 8” and dark skinned. She was wearing a black shirt tucked inside grey tailored pants that carefully moulded her derriere. She looked hot, literally and figuratively and almost telepathy was at work, she reached into her purse for a handkerchief to dab her forehead. I moved closer, I don’t know why but I did and I heard “Ok Carrot Cake, I have to get off the phone now before these security guys come to tell me I’m inside a bank. Yeah, Love you. Talk Later”
I took one last appreciative glance at the beautiful girl that just walked in and walked back to the waiting area. Hers was not a face a man forgets easily, plus she had the confidence and gait that was etched in my memory. Something about her struck a chord within me but I ignored it. I went back to reading my magazine and silently cursed the lucky sod who laid claims to her heart. 'What kinda wimp let's his woman call him Carrot Cake anyway?' I looked at her again "Damn, I'd be her carrot any day..." I thought wistfully. Women were stressful and like any normal red blooded male I enjoyed the hunt of a good chase and usually if the sex was good, it was a rewarding pat on the back for the effort made. I tried to see if she had a ring on her left hand but she had joined the queue of people trying to get money, and I really didn't envy her.
"Segun Balogun" I heard my name and let out a sigh of relief, the security guard at the bank pointed in the direction of the branch manager's office. "About damn time"

One thing has always fascinated me about the human body, it's our ability to heal. Irrespective of how bad we hurt, physically and emotionally, we heal. The scars remain but we heal.

This morning as I was walking down the road to meet my colleague for a ride to work, a commercial bike rider (OKADA) and his passenger slowed down beside me, collected my phone and zoomed off. Acttually they didn't really ZOOM like that, shey just took off. it's still surreal. One minute I'm telling my friend Jibola that he needs deliverance, the next minute I'm throwing my bag on the floor and racing after an okada... looking back now it must have been a hillarious sight. Plus I was shouting, "chase them, chase them, they took my phone". See the people around me just dey look, lol. When I couldn't run any more i kukuma came back to pick my bag and my cup of tea and resumed my posing and waka like I'd not just been robbed of a Seventy Thousand Naira phone. What has my stolen phone got to do with regenerative cells? Because I know I will be fine; not because I have money immediately to buy another phone right this minute... but because even though I'm hurt that I was robbed I know I will be fine. When my ipod was stolen I thought I would die... chei, what would my life be without music on the move? but what happened? I did NOT die!!

A friend of mine told me she was going through an emotional time, she was hurting from a recent heartbreak and she had turned to comfort eating. We had a long chat about how she was just going to end up fat with the same result eventually... she would heal, but not from all the mac and cheese and ice cream.. no.. but from the effluxion of time. Then she'd end up being that girl whose life came to a standstill, who became fat because a man left her.
Sometimes we hold on to our hurt because it makes us feel alive, like when we have a sore on our finger and then we keep touching it, it hurts but we keep touching it, hoping it heals, willing it to heal; and then when you notice, "hmm this thing doesn't hurt as much anymore sha", you pinch it a little bit (I dunno about you guys but this happens to me ALL the time) Why am I afraid to let the thing just heal, go away and if I'm lucky not leave a scar? I guess its how we are.
Sometimes you feel there are some things you will never recover from. Like the loss of a child, the loss of a husband? the loss of a sibling? I remember after the Sosoliso crash my heart went out to all those who lost their loved ones, but I kept thinking about MRs Ilabor who lost ALL her kids in that crash. I said, "if this thing happens to me I would just kill myself.." It wasn't until my brother died that I realised that whether it is one person oh, or two people oh... once you love someone and they die.. that pain that hits you is REAL. an avalanche and you think its just going to kill you from the overwhelming consumption of your essence, but then with every sunrise you get up, you trudge on, you heal, slowly but surely you heal.
I remember the story of the MD of transcorp who got arrested for some form of misappropriation of funds or the other and I could just imagine the kind of humiliation his wife must have felt. Guess who's out about and in the news again???? You guessed right.

My point, you will always get back up. why? because you're built that way. How fast you do and the damage that's done in your downtime however depends on you. How much of the circumstances/ the past do you want to steal from your future? How big a scar do you want to allow to be left behind?

You know you have regenerative cells, get up and move on. It's a new day so don't let the past take you away with it.

I should start raising funds for a new phone shey? Let me know if you need my account number :)
Posted by Eknoreda at 11:28 AM 3 comments: